The speed skating events in the Olympics this weekend kicked off with a fully orange podium in the men’s 5k event. The woman’s 3k golden medal was also awarded to the Dutch. What is it with this little country that makes them so good at speed skating?

Speed skating as we know it has evolved from a way of transportation and leisure activity into a serious sport. This fast-track through history starts at the roughest days of the sport, to end at innovations that made everyone skate faster.

In 2009 a movie called “The Hell of ‘63”  was released in the Dutch cinemas. It tells the true story of an infamous ice skating event (the Elfstedentocht) in the Netherlands and how one sport can turn a country upside down. The first Elfstedentocht marks the switch of ice skating into speed skating; with the first tours even allowing multiple winners at the same time. Invented in 1909, this 118 miles long tour on natural ice is feared as well as beloved. The length and setting of the course ask for extremely cold weather conditions; e.g. in 1963, the weather was so extreme, only 0.74% of almost 10.000 participants reached the finish line. The skaters that day had to deal with frostbite of body parts (including the eyes); the cold cracked the ice which combined with bad vision resulted in broken bones and/or cuts from the blades. Innovations in gear, including insulating clothing, have made it safer to skate the tour since that year, with even the current king completing the tour (incognito) in 1986.

In 1924 the first Olympic speed skating event was held. Patents in (generic) ice skating from 1920-1929 were only 15, since then the sport has gone through an enormous growth. Innovations include the one-piece suit introduced by the precursor Franz Krienbühl in 1974; the aerodynamic advantages from this suit were huge compared to the woollen suits used before that time. This decade marks the first big increase in patents, as shown in figure 1. The 1980’s brought a rise in ice hockey and innovations in that field; while in 1984 Von Ingen Schenau invented the first official clap skate in Amsterdam. The number of patents resulting from this invention  didn’t take a great leap until the Dutch ladies all-round team proved the clap skate to be superior in the world championships of 1996.

Innovations throughout the 20th century have had an amazing influence on the sport of ice skating. From better isolation till aerodynamic and neuromuscular advantages – speed skating is a sport greatly influenced by engineering. The golden medals earned by the Dutch in this sport might be due to a combination of a rich ice skating history, the popularity of the sport in this country and the home ground advantage of the clap skate invention.

BBC about the Elfstedentocht

and Public Service Broadcasting video about the same subject: 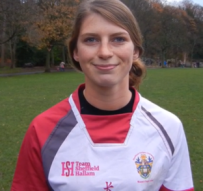 Bodil Oudshoorn is born in the Netherlands and did her undergraduate degree in Human Movements Sciences in Amsterdam at the same faculty that developed the clap skate in 1984. She is currently doing her masters degree in Sports Engineering at Sheffield Hallam University (UK). Next to speed skating she is, amongst others, interested and participating in snow sports, rugby, (trail)running and climbing.